« Previous Next »
4 of 42 photos
The first of three images of a seaside cliff that captivated my attention not only because of the rock formation per se (and note the spiral formation in the far left), but also for the sheer verocity of the waves, tearing at the rocks. But, for all this force, "anger" and determination, there is a softness, a soothing undertone. Look for this in the froth, in the patterns of the sea itself. Watching I realized how well Monet, Van Gogh captured this beauty.

These images were particularly difficult to capture for several reasons. First, I was literally a foot from the edge of a cliff, whose shear face fell at least a hundred feet downward. Second, the wind was blowing at least 20 - 30 knots, with higher gusts, and my slight frame was literally being moved by the wind.
Categories & Keywords
Category:
Subcategory:
Subcategory Detail:
Keywords:
© Rudlin Fine Art 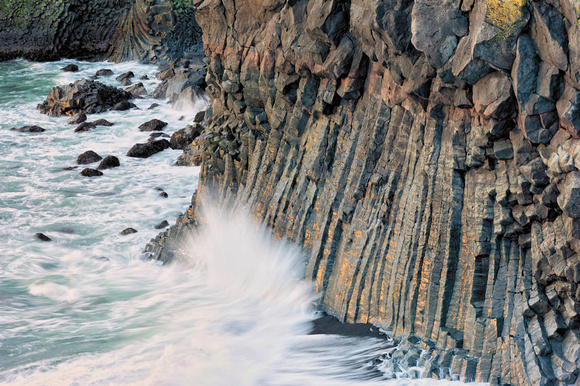