49 photos
Buffalo, until around 1970, was a transportation "hub" for grains grown in the middle of the USA. Lake "freighters" and barges would navigate the Great Lakes to the Buffalo River and dock alongside block long concrete silos. There the grain was offloaded, stored, and later either used locally (Cheerios are still produced in Buffalo!) or more likely, transported elsewhere in the US and across the globe. Unfortunately for Buffalo, the opening of the St Lawrence Seaway provided a more direct route for grain to other parts of the world, and the need to "trans-ship" in Buffalo disappeared. The silos were no longer needed, and were abandoned. Now they stand, neglected and in disrepair. Yet,
their tall concrete pillars still display a certain pride in the bounty of the USA and the hard work of its citizens.

For me, the structures were a study in geometry, in light and contrast, and a constant wonderment that we could actually grow that much grain!
© Rudlin Fine Art 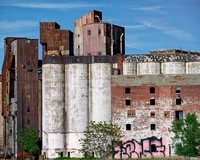 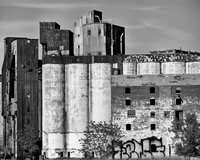 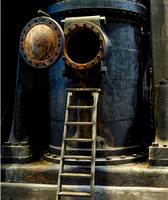 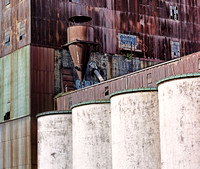 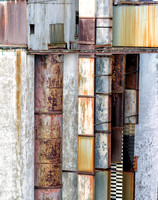 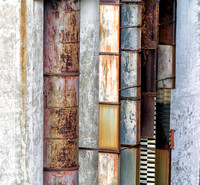