Even the fire escape stairwell is artistically crafted. Each step of the iron staircase had scrollwork embossed into the metal. 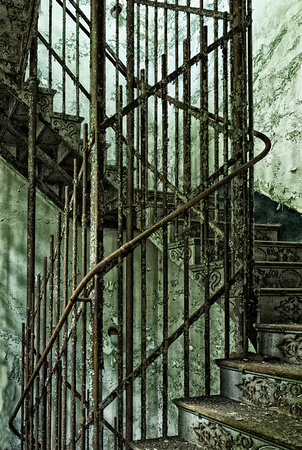