The light forms an unusual pattern on the orange tile that forms the wall of this room. The tile walls seemed cold and distant in contrast to the rooms with plaster walls painted various pastel colors. I am not sure why some of the rooms were so constructed. I can't imagine it facilitated a "cure." 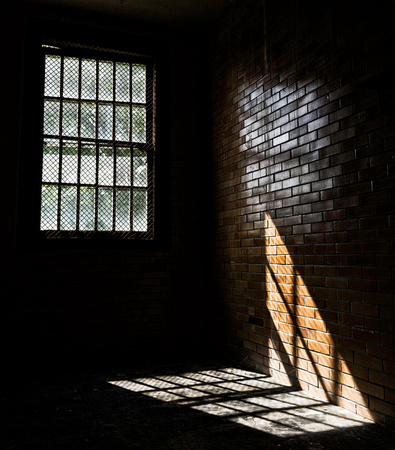