The original building has magnificent workmanship as seen in this bannister. 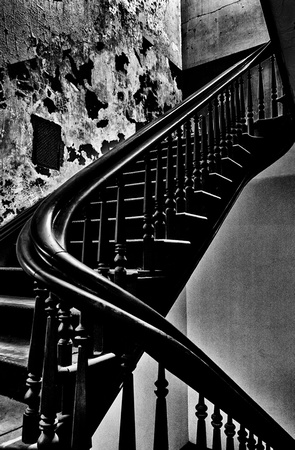