Some areas of the original building had been partially modernized as evidenced by the fixtures. Yet, there is more hope in the green leaves of the trees outside the window, than in the confines of this hospital room. 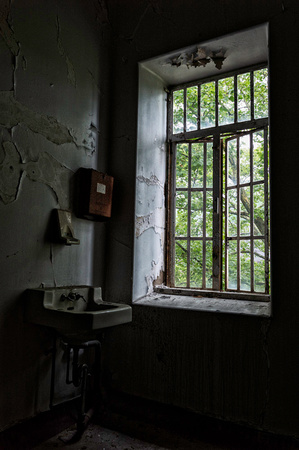