Old basin sink in one area of the main hospital. 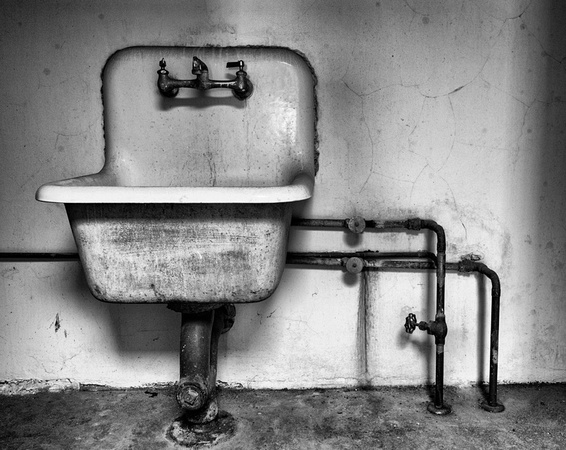