Before there was air conditioning, the residents of Richmond would head to the country during the summer to escape the heat trapped and radiated by the buildings and concrete. Not far west is a small town called Fork Union (today best known for its military school).

The train would stop at this depot and adjacent, on a hill, was a inn.

The train would also carry produce from the country back to the city.

Today, the tracks are gone, and the depot has been converted an antique store. The design is typical of the depots that dotted the small towns throughout the state.
Categories & Keywords
Category:
Subcategory:
Subcategory Detail:
Keywords:
© Rudlin Fine Art 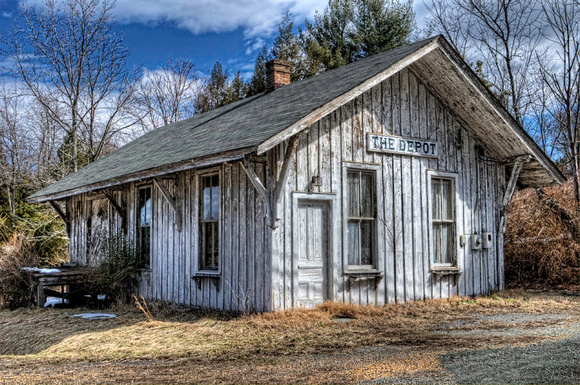